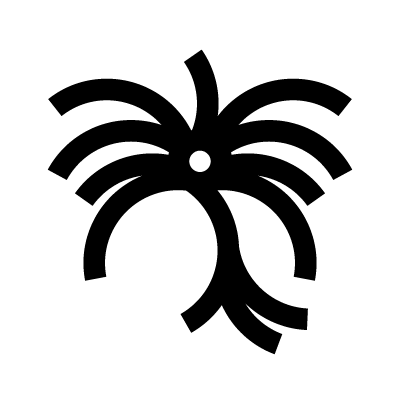 The Abe Dua symbol depicts a palm tree. The palm tree represents resourcefulness, wealth, and self-sufficiency. This is due to the sheer number of practical uses one can find for product made from the palm tree’s wood, oil and fruit.