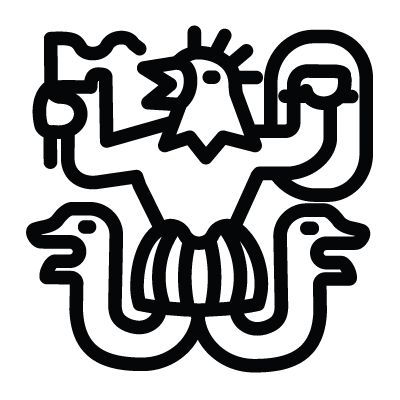 The word Abraxas (Abrasax or Abracax) is found on some antique amulets, the so-called The “stones of Abraxas”, which were used as talismans by the Gnostic sects. Usually it is a composite creature with the head of a rooster, the body of a man, and the legs of snakes and scorpions; carrying a whip and a shield. Gnostics identified the image of Abraxas with Yahweh (in the Greek version – “Iao”). Amulets and seals depicting Abraxas were popular in the 2nd century AD. Some of these stones survived until the Middle Ages.
Abraxas appears on the seal of the Grand Master of the Templars in the French Rite of 1214. The image of Abraxas was probably transferred to the seals of the Templars from more ancient stones. The use of Abraxas on seals did not generate accusations of Gnosticism during the period of the Templars’ persecution, which indicates a complete absence in their midst of any beliefs or rituals that could be interpreted as Gnostic.