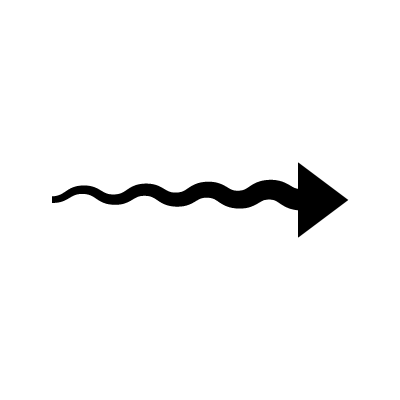 The Acceleration symbol consists of a right-facing arrow, of which the shaft is a wavy or meandering line. The arrowhead is triangular and shaded. It represents the acceleration of events, one’s plans, and significant personal development.