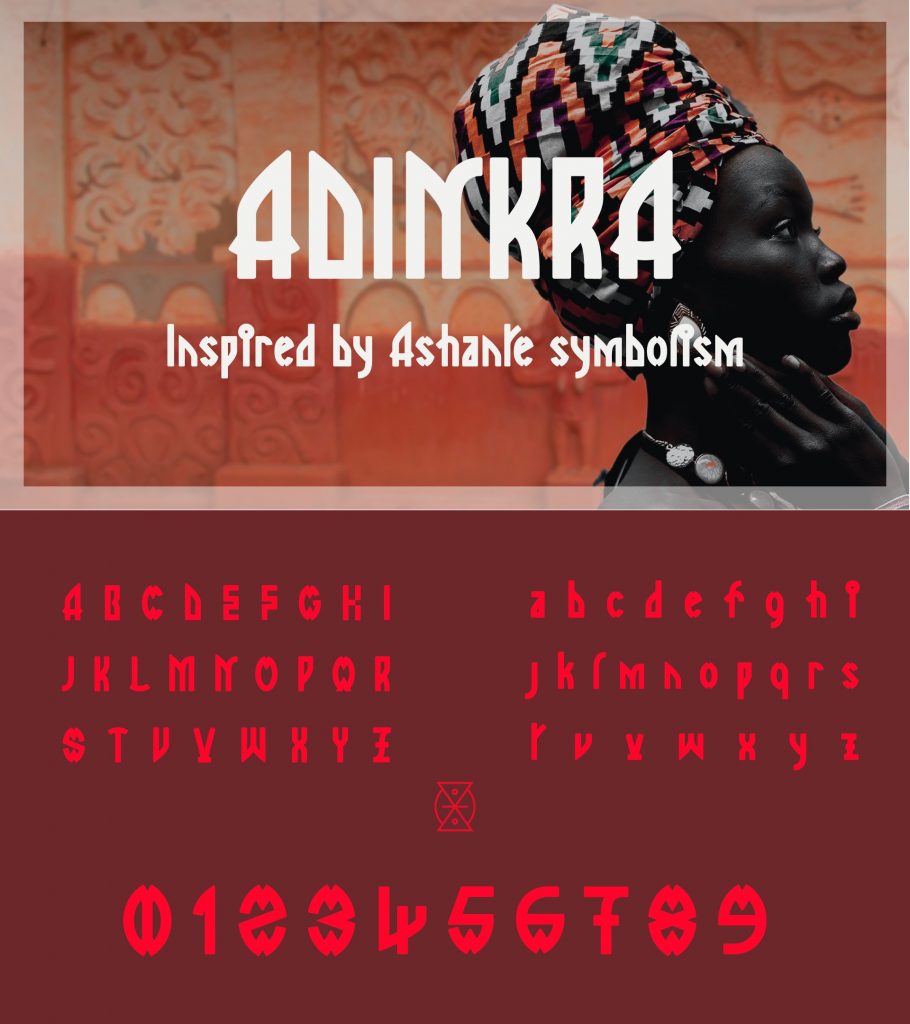 Adinkra font can be considered a West African font, it took inspiration from the Symbolism in use in the Ashanti people, a decorative collection of symbols which represent concept or aphorism, they are used in fabrics and pottery and in architecture decorations.
This is a display font with an African style, the geometry is straight but highly decorative and is perfect combined with Adinkra symbols.
The Adinkra Font comes together with a family of 40 symbols from Adinkra symbolism.