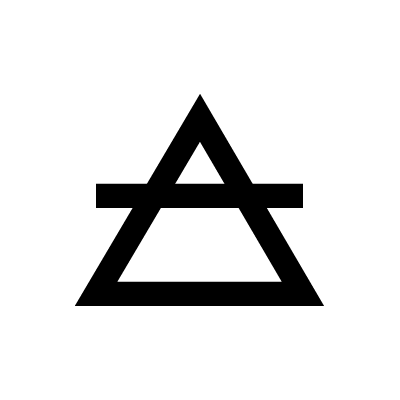 The Air symbol consists of a triangle with a flat base and the apex facing upwards. A horizontal line intersects the centre of the triangle. The symbol represents air. It is the inverse of the earth symbol. It represents wetness and warmth.