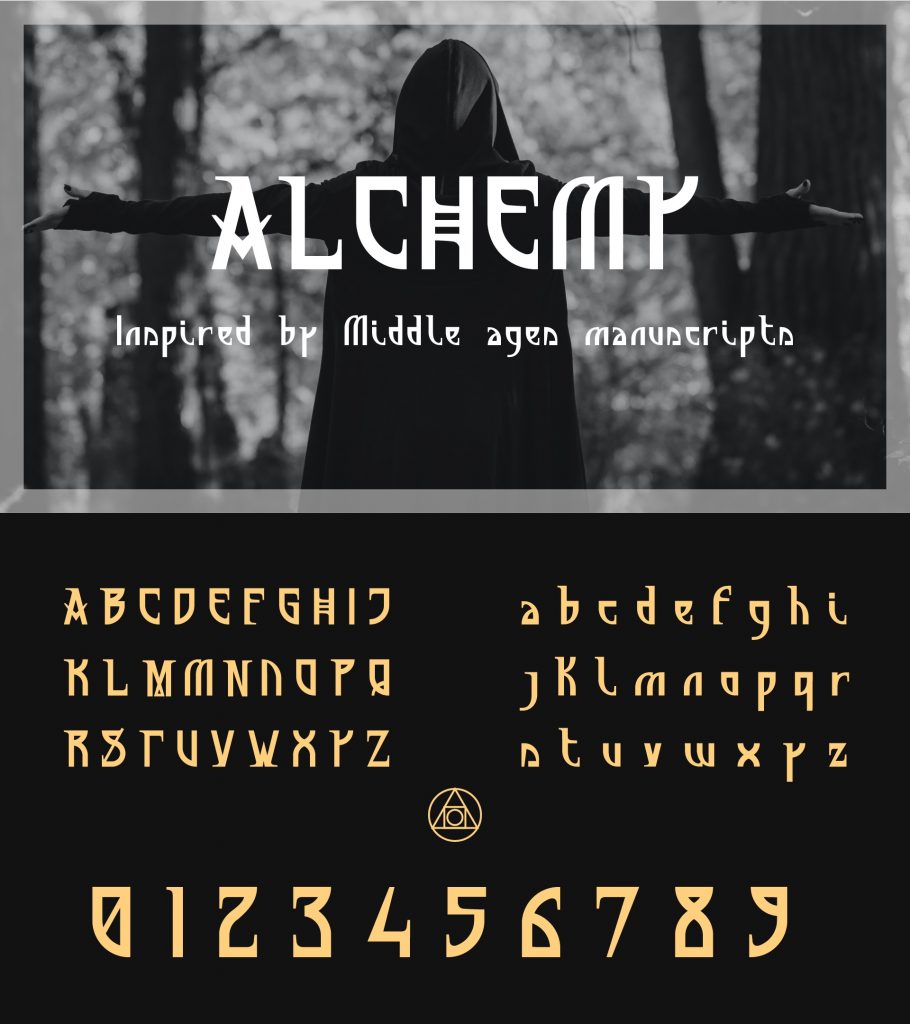 The Alchemy font is a serif font based on an old-style type typical of 1500/1600 print industry, with a low line contrast.
You can find decorations like a point in the middle of “o”, cross line like a compass v, or other decorations taken from the alchemy symbolism.
The main inspiration are manuscripts of the Middle Ages containing a rich diversity and ingenious use of capital lettering.
During this period the monastic scribes twisted and stretched their illuminated letters into graphic forms of almost infinite variety. The decorated pages of the celebrated Lindisfarne Gospels (c.689 AD) contain Anglo-Saxon capitals that take on many alternate forms. These are freely used together to enhance a word’s shape. The highly decorated opening page to Saint Matthew’s Gospel provided particular inspiration for several of Alchemy’s letters.
The Alchemy font comes together with a family of 20 symbols from Alchemy symbolism.