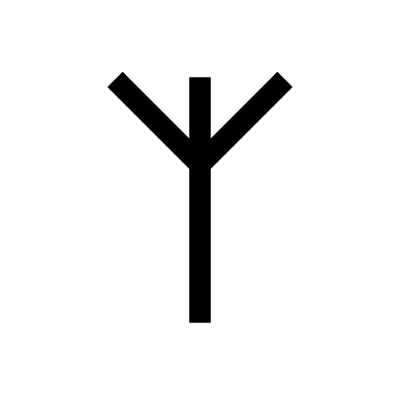 Literally translated as the elk, Algiz refers to the four elks that feed off the Yggdrasil (The World Tree) in Norse mythology. Rune that links divine consciousness, high spiritual awareness and protection. Algiz is also viewed as a human with an upraised arm, as a representation of receiving protection from the Universe, and depending on its guidance.