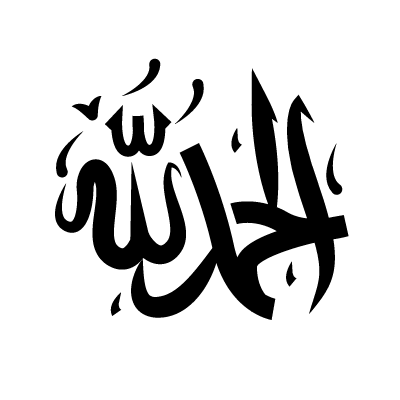 An Islamic phrase, Alhamdulillah is used to to praise God. An Arabic phrase, its literal translation is “glory be to God.” Found in both the Quran and the hadith (oral traditions relating to the Prophet Muhammad), it is used as a common phrase amongst Muslims. Written in Arabic calligraphy style, it can also be found as decoration in homes and establishments. It is way to praise God, bring His glory into light, and to mark the perfection of an event that is due to the grace of God.