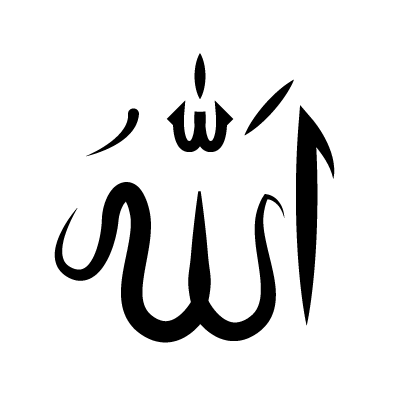 The Allah symbol is Arabic calligraphy for the word God (i.e. Allah). The word Allah itself can be traced back in its use by Arabic people predating the origin of Islam. In Islam, Allah is the unique, omnipotent and only deity that is responsible for Creation of the universe. The Muslim faith is built on the humble submission to Allah, and His will, as well as His divine ordinances and commandments.