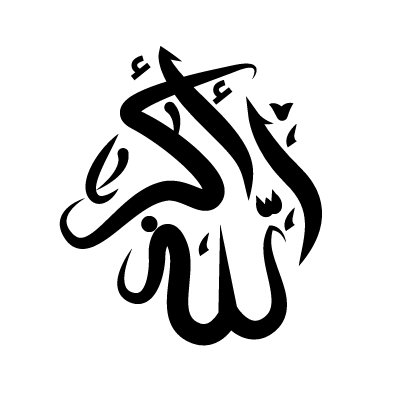 An Islamic phrase, Allahu Akbar literally translates into ‘God is the greatest’ in Arabic. Also known as takbir, the phrase is an important tenet of Islam for its followers. The phrase is generally styled in Arabic calligraphy and can be found in homes and establishments. It is considered an informal expression of faith, in times of distress or joy, or to express determination or defiance.