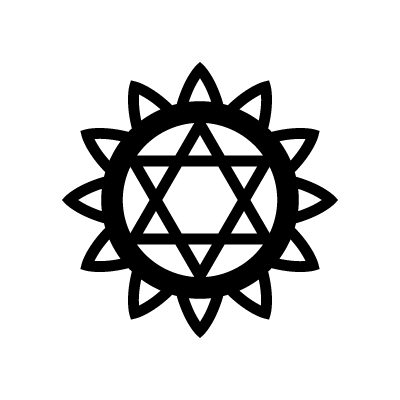 The Anahata is located in the heart and its meaning is “Unstruck”. In esoteric Buddhism is known as Dharma.
It represents compassion, love, equilibrium and well-being. It is depicts a lotus with twelve petals. It contains a “yantra” – two intersecting triangles – representing the union of the male and female.
The modern color associated to Anahata chakra is green.