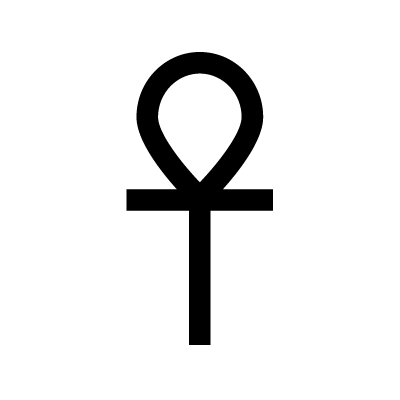 The Ankh is a symbol of life and is often referred to as “The Key of Life” or the “Cross of Life.” It is viewed as a symbol of the earthly journey, and a reminder of mortal existence and what comes after death. One of the more ancient and well-known symbols, the ankh is often seen on temple walls and jewelry. Many also see it as a good luck charm. However, its main association is with the afterlife.