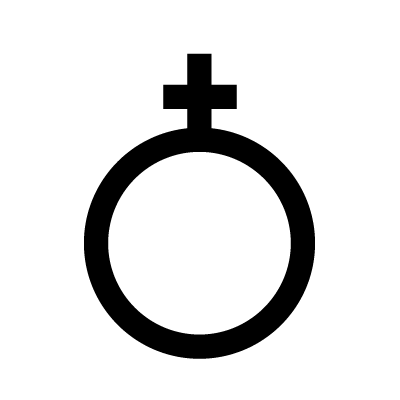 The Antimony symbol consists of a large, unfilled circle, with a small cross emanating from the uppermost median point. Antimony represents man’s free spirit or animal nature. It was sometimes associated with the wolf.