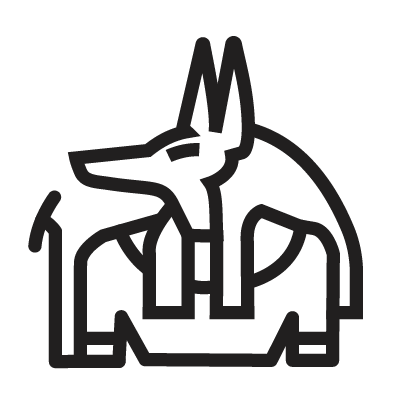 Anubis Egyptian god, in Egyptian mythology, is the god and patron of the dead, the son of the vegetation god Osiris and Nephthys, the sister of Isis.
The newborn Anubis Nephthys hid from her husband Seth in the swamps of the Nile Delta. The mother goddess Isis found the young god and raised him. Later, when Set killed Osiris, Anubis, organizing the burial of the deceased god, wrapped his body in fabrics impregnated with a special composition, thus making the first mummy.
Therefore, Anubis is considered the creator of funeral rites, the patron saint of necropolises, and is called the god of embalming. Anubis also helped to judge the dead and accompanied the righteous to the throne of Osiris. Anubis was depicted in the form of a wolf, jackal or a wild black dog Sub (or a man with the head of a jackal or dog).