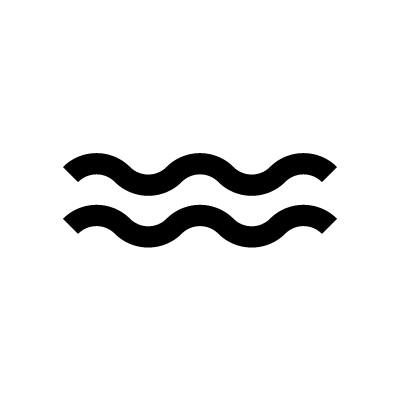 Aquarius is the eleventh sign of the zodiac. It is the symbol of the water-bearer. The symbol consists of parallel wavy lines, resembling the waves of water or energy. Aquarius is associated with air and the planets Saturn and Uranus. Those born between January and February have Aquarius as their star sign.