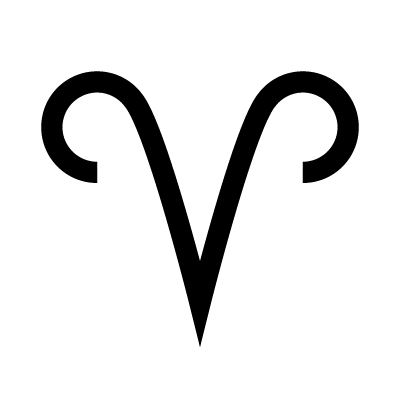 Aries is the first sign of the zodiac and is the symbol of the ram. The symbol consists of two curved lines that form stylized horns. It is one of three fire symbols in the zodiac, and associated with the planet Mars. Those who are born between March and April have Aries as their star sign.