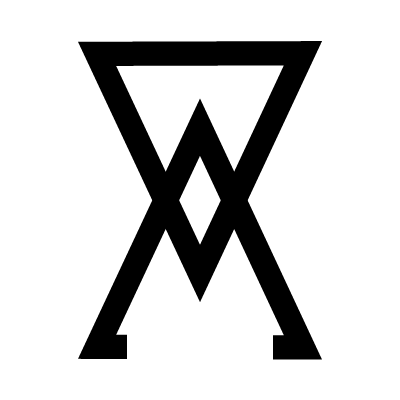 The Arsenic symbol consists of a narrow, inverted triangle shape, which is placed on top of a line that resembles the inverted shape, but does not connect at the horizontal base. Arsenic is a dangerous poison. It represents transformation.