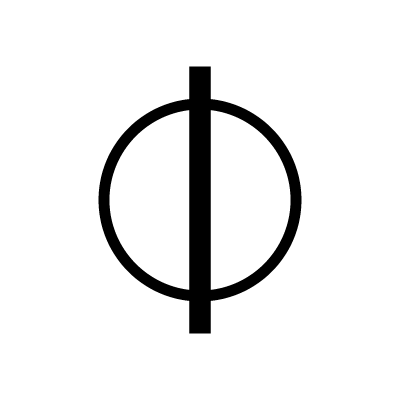 The Attraction Power symbol consists of a large, unfilled circle that is divided through the centre by a solid, vertical line that extends beyond the boundaries of the circular shape. The symbol represents attraction, understood as a talent or ability, and using it wisely.