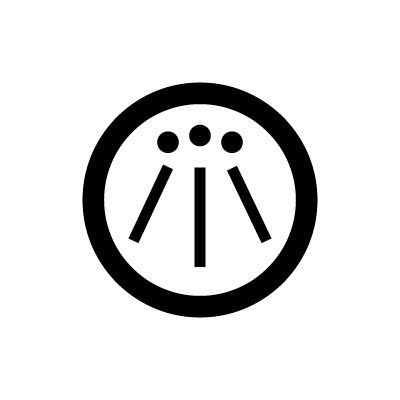 Awen is the symbol of the poet bards, a sort of personified creative inspiration, similar to the Greek muses. The inspired individual would then be an awenydd. It is depicted as a circle containing three lines below three short dots.