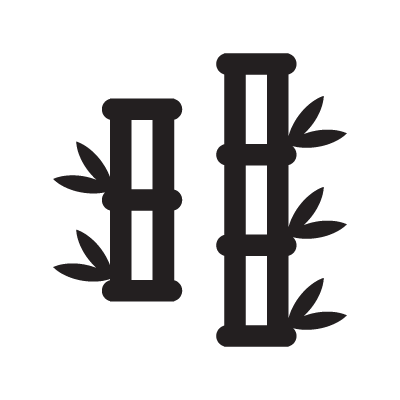 Bamboo has always held an important place in Chinese culture. Seen as a symbol of strength, longevity, virtue, and good, it has a lot of different associations. Its importance in culture is not just as a plant, but also as an integral part of the fabric of people’s lives. Bamboo is planted, its shoots are eaten, it is painted and it looms large across different parts of Chinese art and culture. It is one of the few plants to have poems written around it, and to be a subject of poems and other literature. Men who prefer bamboo are also seen as good and virtuous. But the connection with bamboo goes even further than this. It is seen as a symbol of strength, determination and resilience because that is its own characteristics – bamboo is a hearty plant that can grow in a variety of conditions. And bamboo is also tied to masculinity. It is seen as a symbol for the way men should behave, and all that is gentlemanly. Moreover, it reflects the mental condition as well as the physical strength that a gentleman must have in Chinese culture.