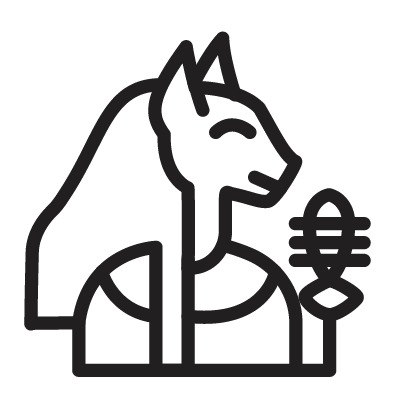 Bastet Egyptian God or Bast, in Egyptian mythology, is the goddess of joy and fun, whose sacred animal was a cat. Most often, Bast was depicted as a woman with a cat’s head or in the guise of a cat. The sacred attribute of the goddess was a stringed musical instrument called the sistrum. Sometimes Bast was considered the wife of the creator god Ptah or identified with the goddess of the sky Mut, as well as with the goddesses Uto, Tefnut, Sekhmet and Hathor, highly respected in Egypt, in connection with which Bast also acquired the functions of the solar Eye.