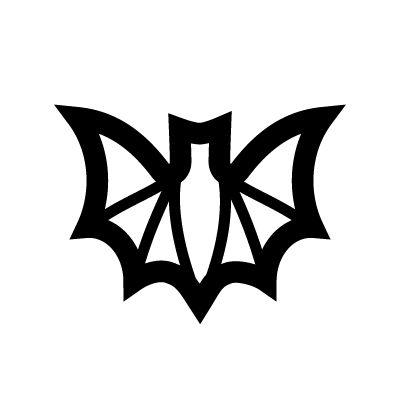 For fans of horror movies, the bat has become an animal to be feared; the vampire bat is a satanic agent that sucks the soul from the body along with its lifeblood. However, there is more to the bat than purely negative symbolism.
In China, the ideogram for good luck, “fu,” sounds the same as the word for “bat” and so the animal is a lucky charm. Some bat caves in the East have remained unchanged for thousands of years; the bats that live there are revered as sacred animals. The nocturnal nature of the bat has given it some negative associations. It is symbolic of the night devouring the day; the bat is said to swallow the light because it wakes at dusk, the time between day and night. Christian belief, too, regards the bat with suspicion because it is seen as an incarnation of Satan.
However, the nocturnal nature of the bat makes it, like the owl, a creature that has access to hidden knowledge and secret information, able to detect things in the hours of darkness that are not accessible to diurnal creatures. Before echolocation was recognized and understood, the bat’s ability to find its way about was a source of great intrigue, adding to the mystique of the animal.