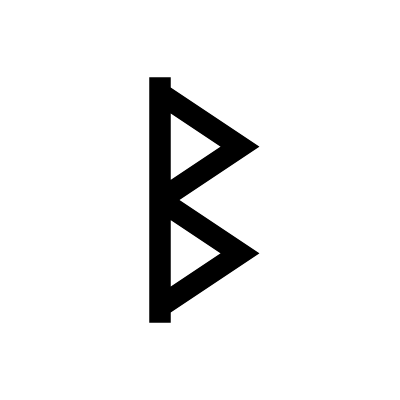 Symbolizing a new beginning, the Berkanan is a representation of a birch tree. As that is the first tree to grow after ice melts, the Berkanan is meant to show the connection to Mother Earth and new beginnings. It is considered the mother rune that carries all humans. It is also the rune of maternity and motherhood. It represents the power of dependency, unconditional love, and trust.