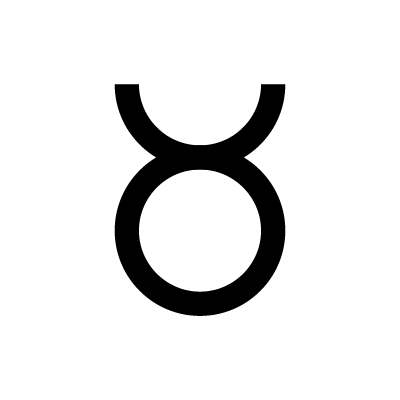 The Bismuth symbol consists of an unfilled circle. Above the circle is a curved, semi-circle shape. The symbol represents bismuth, a relatively uncommon and unknown element, frequently mistaken for tin and lead. It’s not clear what part it played in the alchemical process.