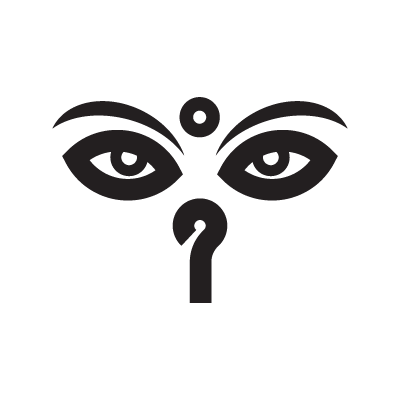 Buddha eyes are representative of his ultimate knowledge and power. These eyes look in four directions to symbolize his wisdom and omniscience. The belief is that the material eyes look at the external world. But the inner eyes, which are in the middle of the material eyes, are what see beyond the materiality of the world.