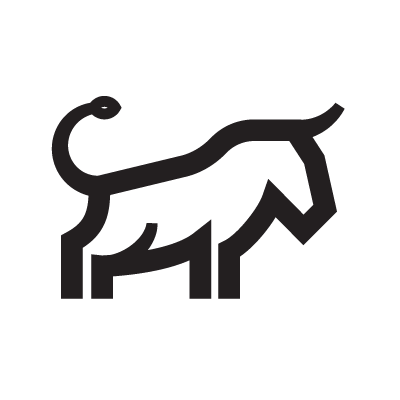 The sacred stature of the bull dates back to at least 3000 BC, when early Hebrews carved the effigy of a God, called El, who appeared in the shape of a bull, at the end of their ritual staffs.
The bull is the archetype of brute masculinity, fecundity, tyranny, and ferocity. The bull also has its part to play in the story of Hercules and his monumental labors. A bull that is wreaking havoc on Crete tests Hercules’ huge strength. He strangles the bull into submission, and it is shipped away to Athens.
Bull sacrifice is such an ancient rite that any definitive origins are uncertain, and although in the Ellora Caves there is a painting of the Goddess Kali slaying a bull, its ritual slaughter is far older than the purported age of the painting (c.AD 500–1000) suggests. To ancient man, the bull was such a supremely powerful animal that being splashed in its blood conferred immortality. In Rome, a bull cult introduced from Asia Minor in the second century BC inspired a ritual called the taurobolium.
The initiate stood in a trench, immediately below a board with holes pierced in it. A bull, standing on top of the trench, had its throat slit, and the hot blood gushed down through the slats, drenching the devotee. This gory ritual was the reenactment of a Mithraic legend about the bull’s blood as the origins of all life, and so rejuvenated the body and soul.
A remnant of the earlier bull sacrifice still takes place today, in the Spanish bullfights that have become synonymous with the country and its people. This particular ritual is a throwback to the same Mithraic legend as the taurobolium. This legend says the bull was the first creature on Earth. Mithras killed the bull and all other living things sprang from the blood that was spilled on the ground. Many of the oldest bullrings in Spain are on the sites of former Mithraic temples or at least are very close to them. Spain is not the only country to have bullrings; they also exist in South America and France.
The bull is immortalized in the night sky, being one of the symbols of the astrological Zodiac in the form of the constellation Taurus.