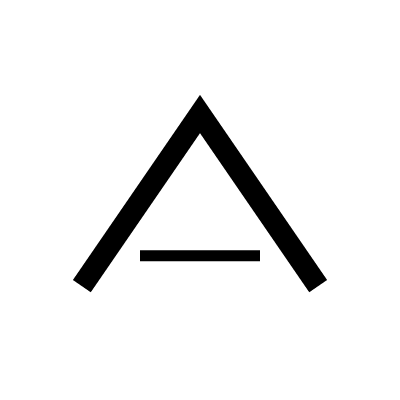 The Calm symbol consists in a wide, inverted V shape. It contains within the thick, diagonal lines a short, horizontal line which does not extend to meet the inverted V. The Calm symbol depicts a closed mouth, and the symbol represents a quiet or calm person who is a good listener.