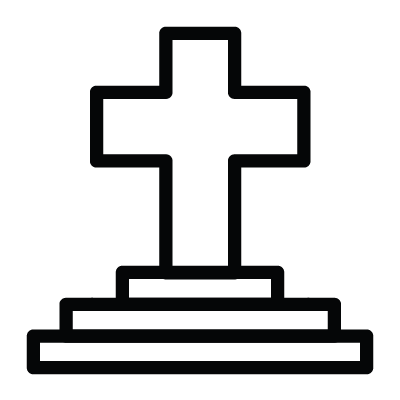 The Calvary Cross is a Latin cross standing on three steps. Golgotha is also translated from Latin as the Aramaic word Golgotha, which means the hill on which Christ was crucified. The three steps are believed to symbolize the hill and also symbolize the virtues of Faith, Hope and Love.