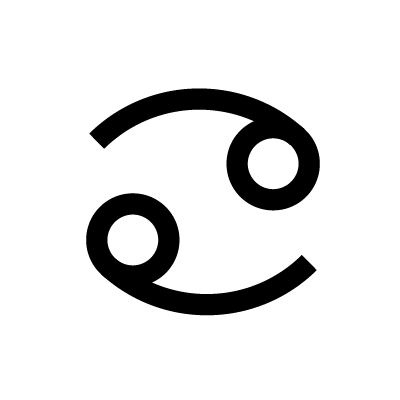 Cancer is the fourth sign of the zodiac and is the symbol of the crab. The symbol consists of two circles, from which curved lines emanate, the top moving left to right and the bottom right to left. Cancer is associated with water and the Moon. Those who are born between June and July have Cancer as their star sign.