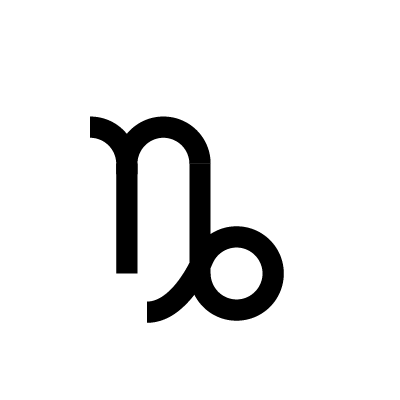 Capricorn is the tenth sign of the zodiac. It is the symbol of the sea-goat, a mythological fish-goat hybrid. The symbol consists of a lowercase N, where the line furthers to the right loops back upon itself. It is said to resemble the hoof of a goat and the tail of a fish. Capricorn is associated with earth and the planet Saturn, while the mythic sea-goat for which it is named is associated with wisdom and water. Those born between December and January have Capricorn as their star sign.