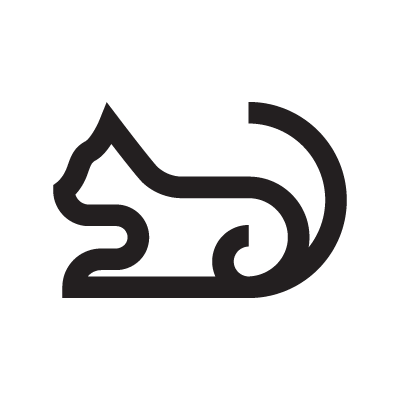 Even the most common household moggie has a mystique about it and the potential for the supernatural powers that man has ascribed to cats for thousands of years.
Typically, in Western civilizations, the cat (particularly if it is black) belongs to the witch; it is her familiar, her companion, and her alter ego. As such, the cat shares magical secrets and arcane knowledge which, of course, she cannot explain to mere mortals, since they don’t speak her language. There is an unspoken communication between the witch and her grimalkin that transcends any language used by other creatures.
The Ancient Egyptians regarded the cat so highly that they revered it as a deity. Bast was the cat goddess, and mortal cats whose fur was of three different colors, or who had eyes of different shades, were honored in particular for their Bast-like appearance; it is not just the black cat that holds power. Egyptian priests believed that cats carried the magnetic forces of nature and so close proximity to the creatures enabled them to access these powers. If a cat died a natural death in the home, the Egyptians would shave their eyebrows as a sign of mourning.
However, the cat does not have such an honorable reputation everywhere, for example in the Buddhist tradition. Because it was absent at the physical death and spiritual liberation of the Buddha, it is viewed with suspicion as a base, earthly creature, lacking respect. The only other creature that was not there was the serpent. The link between the cat and the serpent comes in the Kabbalah, too, and also in Christianity; in pictures where the cat appears at the feet of Christ it carries the same negative imagery as the snake.
Although black cats are the archetypal good-luck symbol in the West, in Islam the opposite is true. Cats are regarded favorably unless they are black, in which case they are viewed with great suspicion since djinn can transform themselves into black cats. In the Western tradition of cat lore, the animal has nine lives, whereas its Eastern cousin has to manage with only seven.