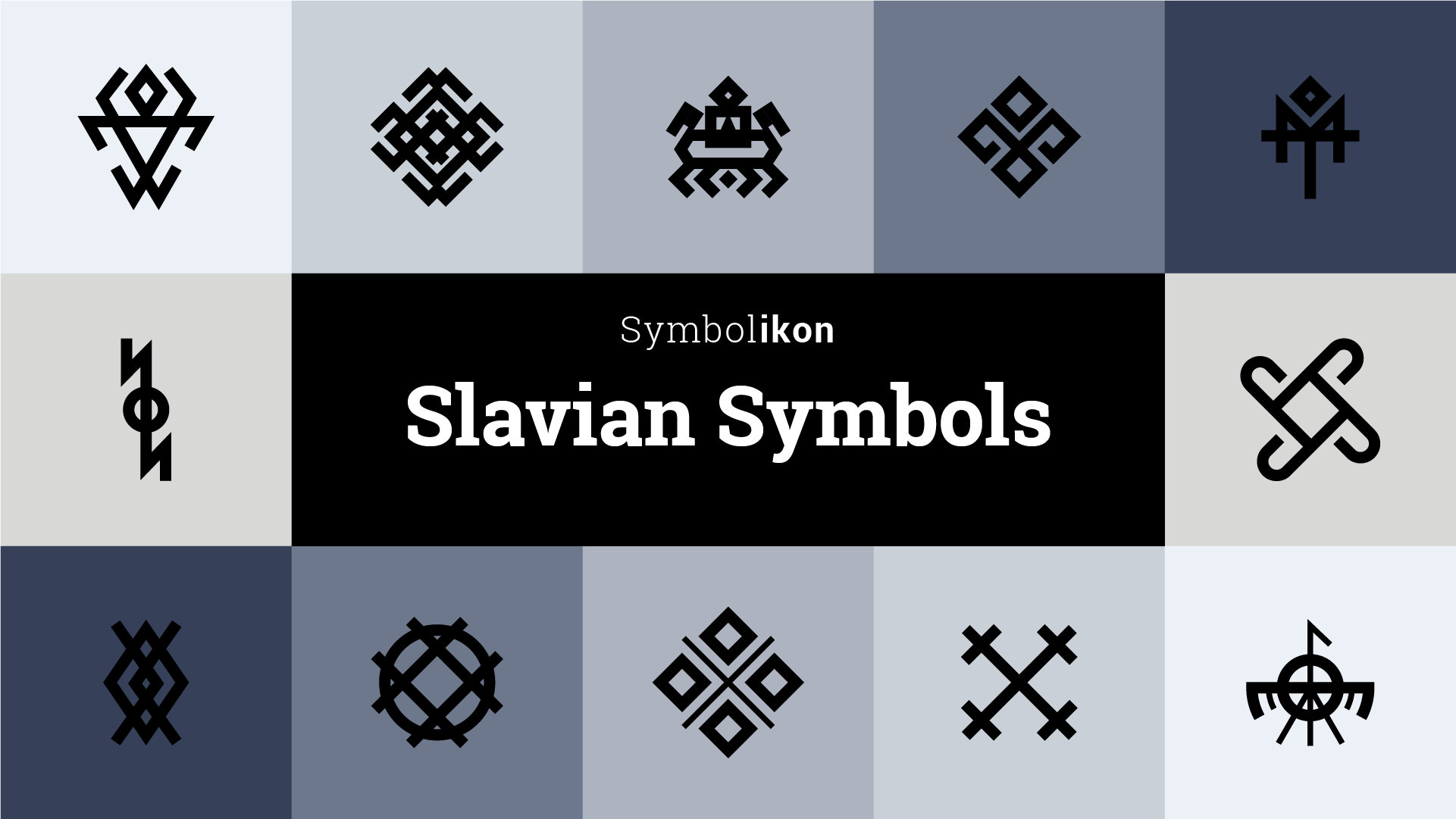 Slavic symbols originate from Northern Europe and Eurasia. The Slavs, who were their creators, are an ethnic group that has existed in Europe since at least the time of the Romans. Slavs are the largest ethnic group in Europe that share a linguistic and cultural history.
Ancient Slavs lived in tribal societies, presided over by tribal chieftains, and practiced a multi-theistic form of Paganism. Over time, however, tribes were consolidated and, not long after, most converted to Christianity.
The symbols in this category predominantly originate from the pre-Christian period and are related to the gods (bogs) of the Pagan Slavic mythology.
The Slavic mythology personified many aspects of the world, with worshipers believing that waters, forests, households and even illnesses were represented or governed by spirits. Equally important to the Slavic mythology was the worship of ancestors, though the tribes did not keep ancestral records. It was believed that dead ancestors existed within the same spiritual plane as the Slavic deities.
Also worshipped were primary gods, associated with the sun, moon, skies, heaven and the underworld. The Slavs believed in three planes of existence: the heavens, governed by Perun, Dazhbog, Mokosh and Lada, symbolized by the sun and the moon; the earthly plane, occupied by humanity; and the underworld, symbolized by snakes and darkness, ruled over by Veles.
In the modern day, some ancient Slavic rituals persist in Eastern and Northern Europe. Others have been assimilated by Christian teaching and aligned with new beliefs. A new Pagan belief system, Rodnovery, has arisen in recent years, claiming to be a continuation of the ancient Slavic beliefs that Christianity replaced in the middle ages.

ALL SYMBOLS FROM Slavic