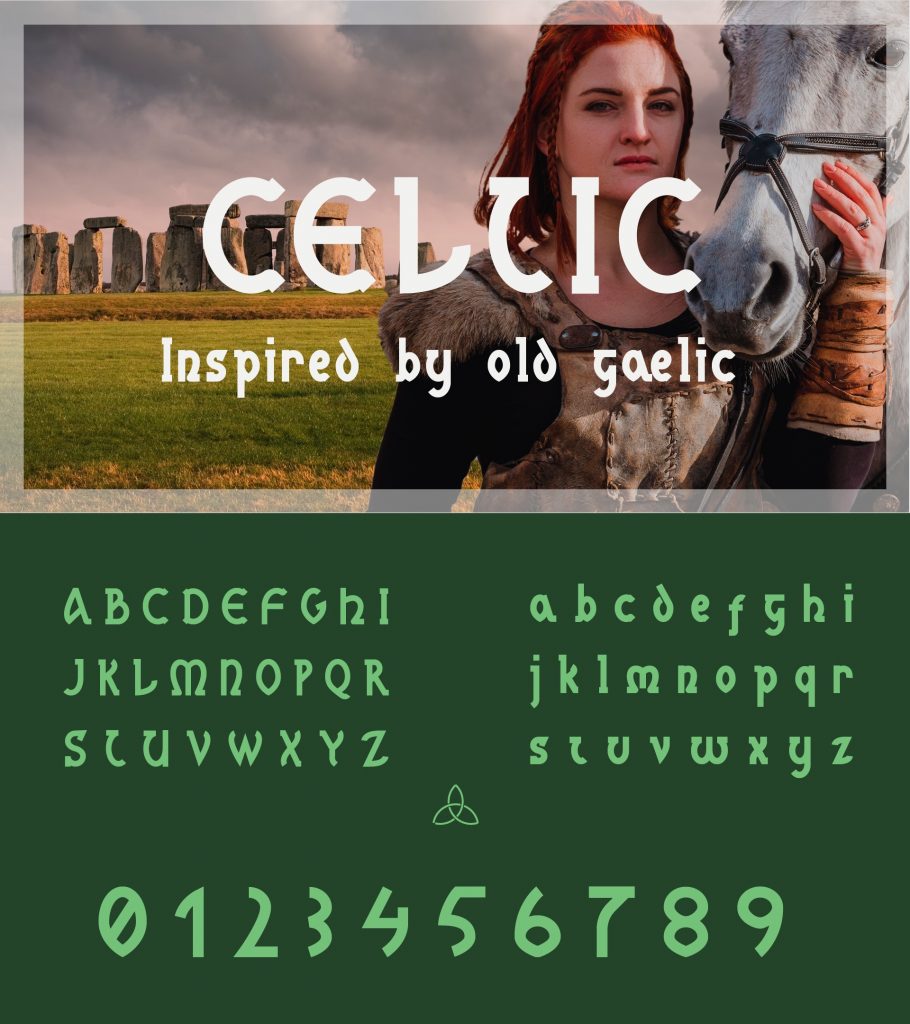 Inspired from ancient Celtic lettering such Insular-half-uncial and Gaelic calligraphy.
The Celtic font is a new interpretation of Celtic letters bringing a whole new feel to old letterings. At the same time, the font has handwritten-style glyphs as if they were handwritten as the ancient letters and gives the opportunity to express a Celtic feeling in an up-to-date style.
The Celtic Font comes together with a family of 20 symbols from Celtic symbolism.