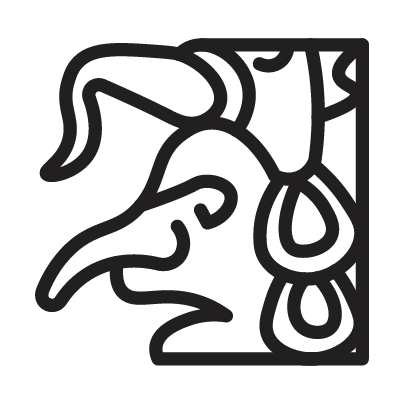 Chaac (“axe”) is the god of rain and lightning. Originally Chaac was apparently a god of felling trees, clearing a patch of forest for a field (hence his name), but later became a deity of rain, fields and growing corn. Chaac ‘s usual attributes are an ax or a flaming torch (a symbol of burning felled trees). Chaac was thought of both in the singular and in the plural (four Chuck associated with the cardinal points and color symbols: east – red, north – white, west – black, south – yellow). Many Chaacs are mentioned in folk performances.