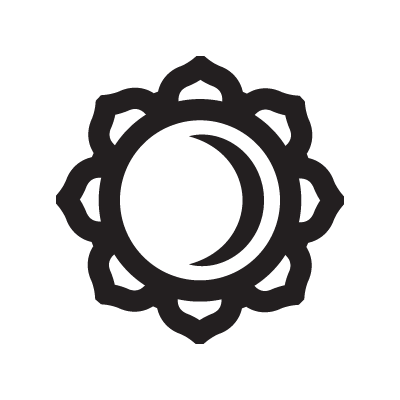 Chandra is the moon, ruler of the watery realms and of emotion, testing the place of migrating souls. Surya is the sun, ruler of intellect, source of truth. One is ‘pingala’ (yellow) and lights the day; the other is ‘ida’ (white) and lights the night. Aum.