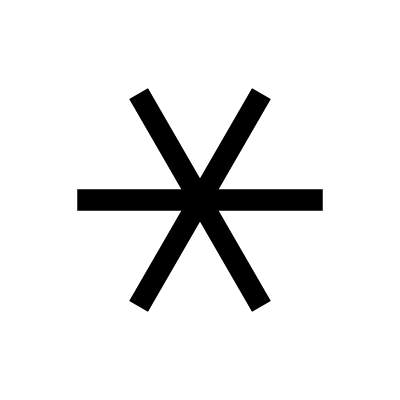 The Charisma symbol consists in a star shape, made of thin, intersecting lines. Depending on perspective, it may be six shorter lines that emanate from a central point, or three larger lines that intersect. From this perspective, there is a central, horizontal line, while the other two move diagonally across it. The Charisma symbol represents a magnetic personality, or a person’s special aura.