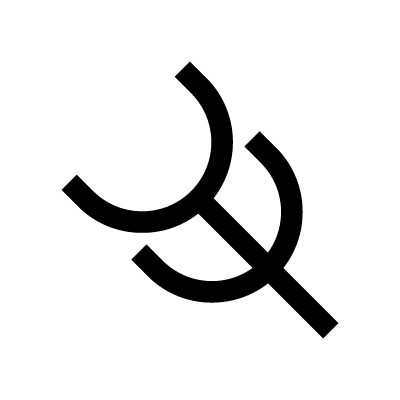 The Charity symbol consists of a large, round U shape, in which the opening or aperture is facing upwards towards the left. Moving from the center of the U shape is a solid diagonal line that moves downwards from left to right. Intersecting the diagonal line around its midpoint is a second U shape, parallel to the first. The symbol represents charity and the ability to spread joy and happiness.