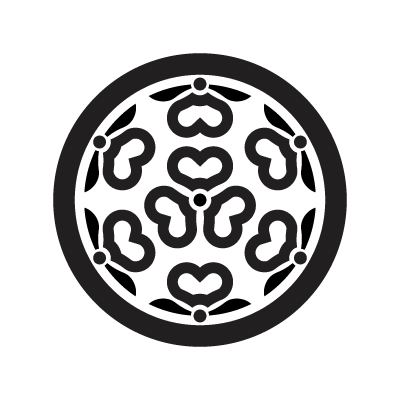 The Chōsokabe clan was a samurai kin group. Claiming to be descendants of Qin Shi Huang the first emperor of a unified China, the clan served the Hosokawa clan, then the Miyoshi clan and then the Ichijo clan. The Chosokabe clan went through a great deal of turmoil, especially during the Sengoku period. Chōsokabe Kunichika’s father Kanetsugu was killed by the Motoyama clan. Fatherless, Chosokabe Kunichika was adopted by an aristocrat, Ichijō Husaie of the Ichijō clan in Tosa Province and was raised by him. However, when Chosoabe Kunichika came to age, he exacted revenge on the Motoyama clan for the murder of his father. After avenging his family, Kunichika had children and an heir, thereby continuing the clan. However after the siege of Osaka, the last of the clan perished and were executed. This ended their reign as a political and military force.