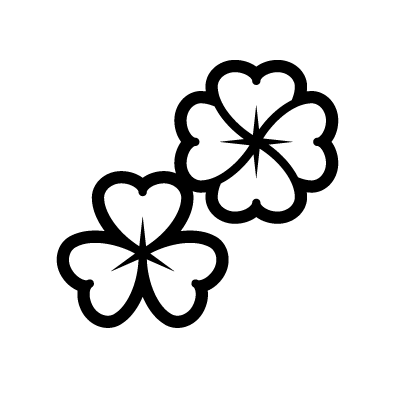 Clovers are a sign that others are thinking of you. They are often associated with luck and good fortune, especially four-leaf clovers. Often associated with male energy, clovers are also seen as a symbol of protection. It is considered to be a charm against snakes, hexes, and other forms of negative energy.