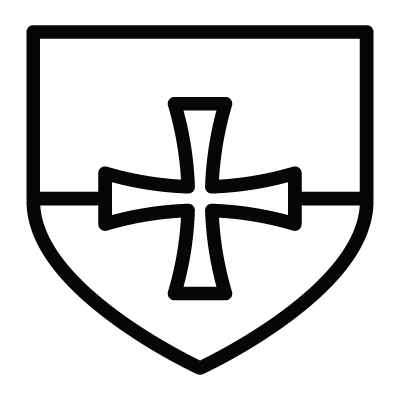 Coat of arms Knights Templar is the black and white background with a traditional red cross in the middle. The colors of the Templar banner were black and white. It is not known exactly how the banner looked, although there are several versions: two horizontal stripes – black at the top and white at the bottom. Later, a similar color was used on the banner of the Prussian kingdom; several black and white stripes alternating with each other; a black-and-white checkerboard-like cage (the floors in the boxes of the modern Freemasonry, who consider themselves the heirs of the Templars, are laid out in a similar way.