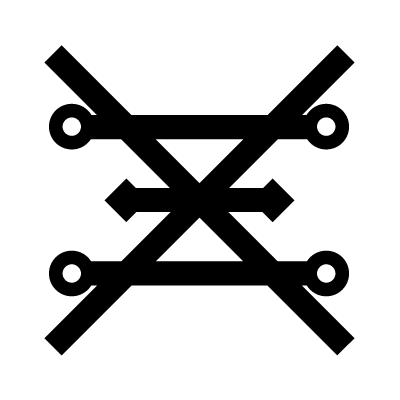 The Copper symbol consists of a large X shape, intersected by three horizontal lines at the median point and upper and lower thirds. The upper and lower horizontal lines are bookended by small, unfilled circles, while the line that crosses the median point is shorter and bookended by unfilled diamond shapes. The symbol represents copper. The symbol is associated with Venus, and represents love and femininity.