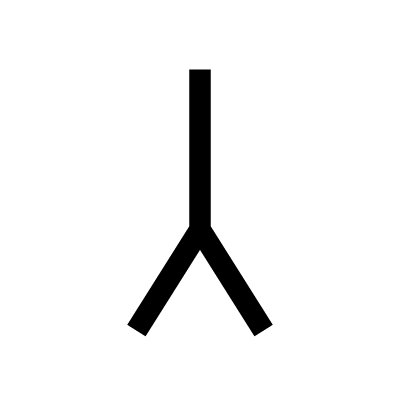 The Creative Power symbol consists in a wide, inverted V shape with a solid, vertical line emanating from the central apex to form an inverted Y. The symbol represents creative power and the spiritual expression one can create through use of material objects. It also represents future events, and advocates for following intuition and engaging with brand new situations.