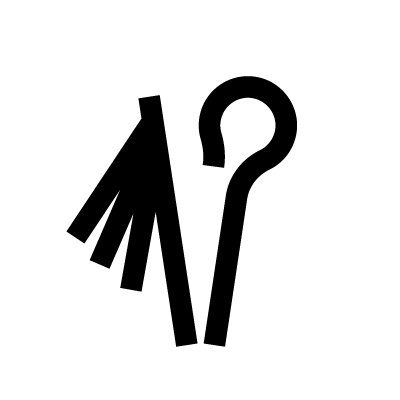 Description of Crook and fall

A symbol often used by Pharaohs, the crook and fall are representative of two aspects of royalty. The crook, similar to that used by a shepherd, is a symbol of the king’s authority. The fall depicts fertility and land. This symbol is usually seen on tombs and crossed over the chest. This is to demonstrate both the ruler as a shepherd and his strength in ruling.