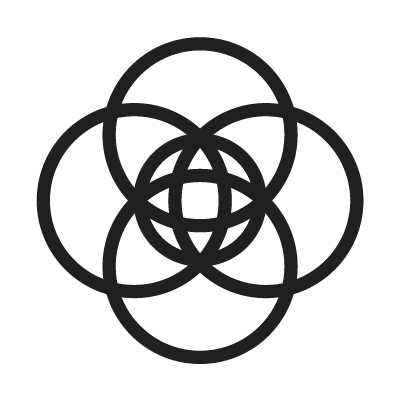 Crooked Soley is four Vesica Pisces shapes around the circle.
These arcs that were made can be rotated at five-degree intervals, to give 72 arcs going each way, with 18 replications of our original diagram.
Arcs both outside and inside the two concentric circles all have to fade away and the basic template thereby emerges.