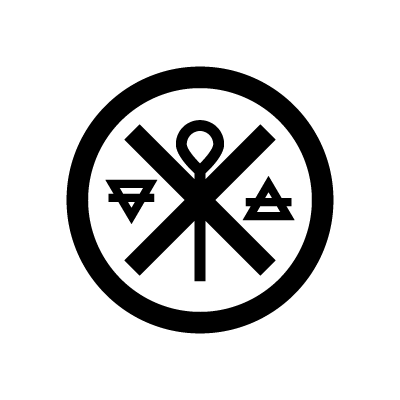 Death depicts an armored skeleton, sitting upon a white horse. Death, when drawn upright, represents change, transformation, endings and beginnings. When reversed, the card represents resistance to change, a personal period of transition, and external turmoil. The symbol consists of a cross, within a circle – representing eternity – with alchemical symbols on either side, representing change and transformation.