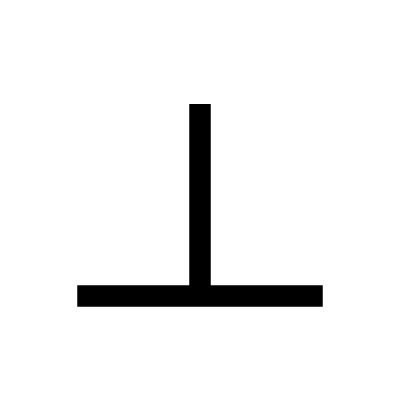 The Decision Taken symbol consists in two parallel horizontal lines that are intersected by a single and shorter thin, vertical line. The symbol represents physical and spiritual endurance. It advocates for persistence and perseverance.