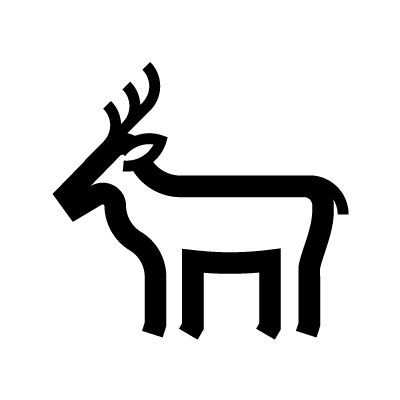 As one of the most majestic creatures, the deer is associated with woodland deities Saba, Flidais, and Cernunnos. Whenever a deer appears in folklore, it usually signifies a profound change
The deer’s antlers are one of the characteristics that have made it the figure of a spiritual superiority, according to some. Like a crown, the antlers grow beyond its body, bringing it closer to the sky and making it sacred. In many cultures, the deer is a symbol of spiritual authority. During a deer’s life the antlers fall off and grow again and the animal is also a symbol of regeneration.
In the Christian imagination, the deer is a symbol of piety, devotion and of God taking care of his children.