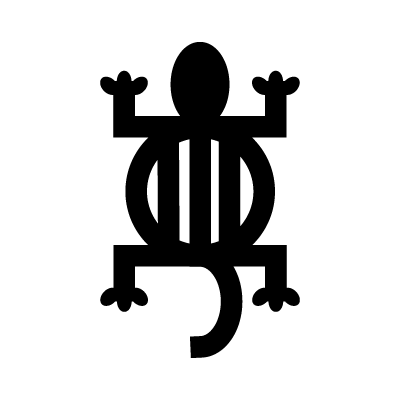 The Denkyem symbol depicts a crocodile and signifies the proverb, ‘the crocodile lives in the water, yet breathes the air’. The crocodile’s cleverness and ability to adapt are seen as desirable qualities.