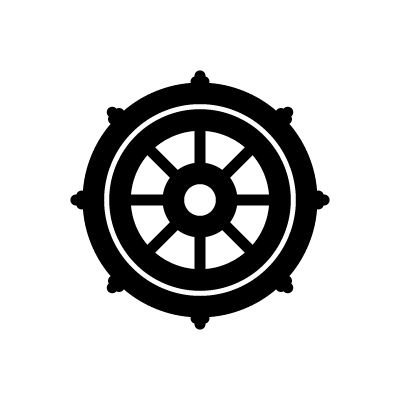 Description of Dharmachakra - Wheel of Law

Dharmachakra translates to ‘Wheel of Law’, or sometimes ‘wheel of transformation’. In Buddhism, it represents the teaching of the Buddha. It also symbolizes spiritual change and the cycle of birth and rebirth. It can also, in the Hindu tradition, represent the overcoming of obstacles. The wheel is typically depicted as having eight spokes, representing the path to enlightenment: faith, intention, speech, action, livelihood, endeavour, mindfulness, and meditation.