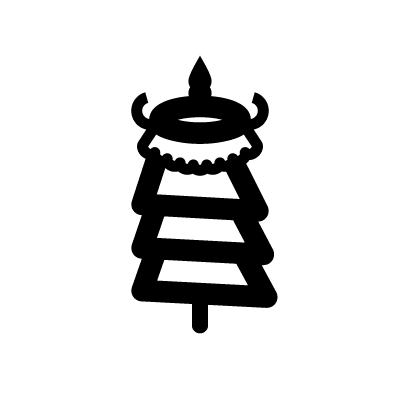 The Dhvaja which translates to ‘flag’ or ‘sign’, is also known as the Victory Banner. The victory represented is one over fear, ignorance, evil and death. Particularly, it symbolizes how enlightenment and knowledge defeat ignorance and the fear of death. Such a victory would, one assumes, coincide with the achievement of the state of nirvana. The Dhvaja is commonly depicted as cylindrical. Copper banners of this nature can be found displayed at the four corners of many Buddhist temples and monasteries.